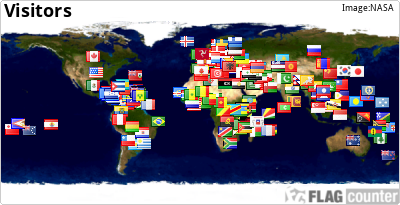 The very fact to note that there are a huge cultivars and hybrids on Taro which indeed and impossible task to list down, let alone to identify accurately which proves futile in my part.

However, I would like to list down what I want to have in my garden - labeling their identity at the closest I can identity based on their family or genus - which may not be that impossible.

Here are the list of the plants - specifically the Taro which is Colocasia which I had managed to cultivate and grow in my garden. I had found that Colocasia are plants that edible, hence Taro.

However, Alocasia have similar foliage traits and characteristics but not cultivated for food crop as they can be poisonous. Here - it's more cultivated for ornament purpose and therefore I suggest to do proper study and research if in the intentions to grow edibles. 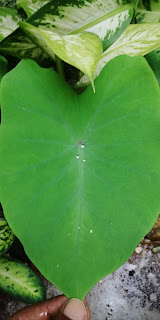 This particular one is the most common type that can be easily found in any water body - like drainside, pond, bog, lake or puddle - they appear to be very much like Caladiums except they are all green. This is not so hardy - if uprooted and kept aside for few hours, they can easily wither and leaves dried up - therefore do give care to make sure this one is not totally dried if collected together with the foliage.

Otherwise, you can separately plant it with the tuber (keeping it separately in a dried condition for future planting) 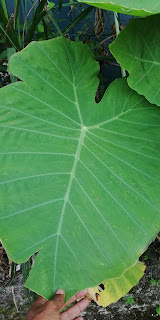 
Similar to the Swamp Taro, this one is also sensitive with it's foliage.
The plus point is that - it has huge floppy leaves that can easily get damaged if proper care is not given. However, once established - they can look magnificent and graceful.
Their appearance is very much in the cool dark green shades. 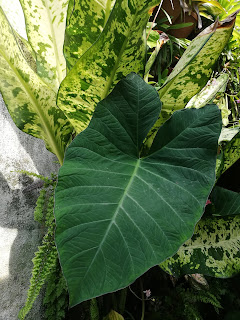 
This is not a Colocasia family but it is still known as Blue Taro.
It has a very dark coloration and can appear in blue in the right condition.

The stem is also in dark blue to black and has a beautiful dark border around the foliage that adds a beautiful feature for this plant. 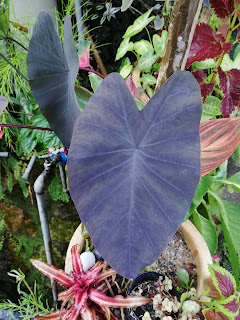 
This particular type is no mystery, these require to be in an aquatic setting or else the foliage tends to get burned by the edges. These are planted for ornament purpose. 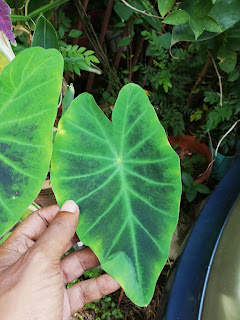 
Similar like Black Magic, this has a reverse appearance on the foliage,
a silhouette sheen on the leaf surface adds another mystery. 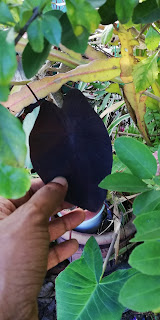 
Black Coral has a darker coloration in comparison with the other two.
They are truly a beauty to behold. 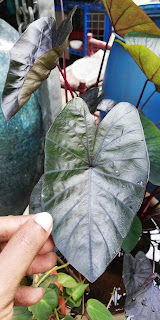 Taro - Colocasia esculenta 'Black Ripple'
This one is similar to "Black Coral" with an additionally ripple effect on the foliage.
Black Coral do not have this feature. 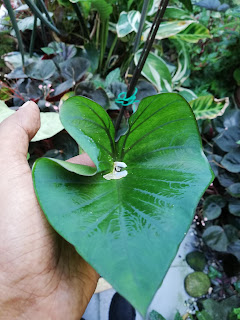 This particular cultivar is known as Teacup, there is another which is known as "Coffee cup" which has more broader bigger hollow size than this one.

Do click on their names to get to the link to get into more detailed information on their Care and Cultivation on each plant types and their characteristics.

So, what I know of as "Elephant's Ears". I've never had them in my garden, but the ones with dark leaves fascinate me. Here, we would have to dig them up before frost, but there are a lot of other plants like that. Thank you for visiting my blog today. Alana (New York, United States) ramblinwitham.blogspot.com

Thanks Alana, Yes - the dark leaves fascinates me too.

Do you have any picture that show young black ripple? Because I’m confused my black ripple foliage look matte not glowy & puckered

Einiaz May,
Hi - Did you manage to click on the name where it links you to a full page of the more pictures for you to view from young to matured leaves?
Sometimes young leaves does that (matte) you will only able to note the difference when the plant have matured leaves as both Black Coral & Black Ripple have same leaf similarities when young.